A young girl, Dora was considered ill. Since childhood, she has been given strong medications. Now, at her mother’s request, the medications have been discontinued. Dora, like a contemporary Kaspar Hauser, rapidly learns the world around her – and at the same time acts on that world as a specific mirror that triggers a complex picture of our reality. Her innocence and naivete are her greatest strength, but she is already physically mature, sensual woman. She discovers her own sexuality. Will her closest family tolerate her needs? Should there be a border of tolerance?

Bärfuss does not assess the situation and characters. By conventionality and shortcut, he tries to move away from realism, creating insightful metaphor of modern times. The mother says about Dora, that she is a little away from our world. Or maybe it is Dora, who really lives and the society around is a little away.

“This is one of the most interesting, but also the strangest creatures that have recently emerged on the stage” (Jürgen Berger, Süddeutsche Zeitung).

Julia Sobiesiak, for the role of Dora, received Andrzej Nardella award for the best acting debut in 2013/2014 season in dramatic theaters.

Duration: 1 hour 40 minutes (without a break) 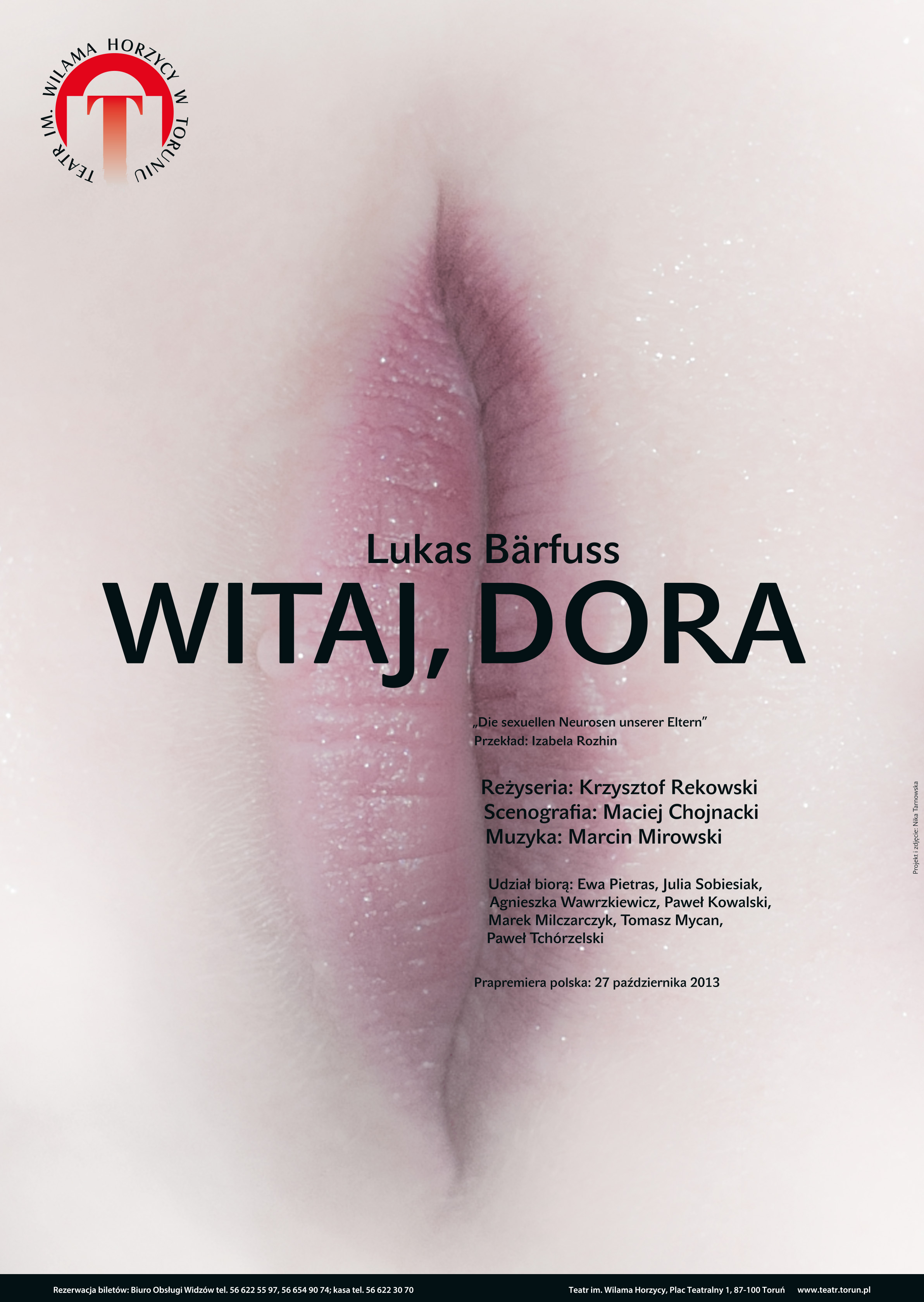 In the performance, high-level acting delights – most of all of Julia Sobiesiak, who plays the leading role and debuts in this performance in Toruń. (Aram Stern, “Menażeria” nr 9/2013)