The performance features music by Paweł Szymański, Wolfgang Amadeus Mozart, Stanisław Radwan and songs from Elvis Presley’s repertoire.
“Polish face expressions” is a theatrical and literary patchwork, which – like the authors say – shows “how gestures, face expressions and poses have dominated and organized artistic, social and political life of Poles for many generations, and, despite so many moral and political changes, are still subject to similar rituals”. Screenplay by Mikołaj Grabowski and Tadeusz Nyczka is based on the “Liberation” by Wyspiański, Witold Gombrowicz’s works (“Diaries”, “Ferdydurke”, “Operetta”, “Wedding”) and “Facial expression” by Wojciech Bogusławski – historical textbook of actor’s work in the nineteenth century theater. In the “Polish face expressions” this once popular set of principles of stage game will be presented to the contemporary audience for the first time in a social context, going beyond the strictly theatrical meaning.

“Polish face expressions” combine a kind of humor of Bogusławski’s work with both dramatic and comedic meaning of Wyspiański and Gombrowicz’s works, causing that in this kind of stage triptych, we will see how the Sarmatian spirit makes face expressions to the romantic spirit, which for centuries has constituted the essence of our collective life.

Competition for Reenactment of Historical Works of Polish Literature “Living Classics” organized by the Ministry of Culture and National Heritage and Zbigniew Raszewski Theatre Institute is one of the most important events carried out to celebrate the 250th anniversary of public theater in Poland which is in 2015.tations of historical literature, as well as supporting the search for forgotten works of the past, which deserve an important place in the collective memory.

In the Competition participate both projects of the performances, as well as ready-made realizations of Polish texts produced by the end of 1969, i.e. the year of death of Witold Gombrowicz. The most interesting projects selected in the first phase of the Competition received a grant for the realization from the funds of the Ministry of Culture and National Heritage. The selection was performed by ​​Artistic Committee composed of eminent experts of theater and drama. In the second phase, the Jury evaluates ready performances, both those prepared on the basis of projects recommended by the Artistic Committee and others, premiered between September 26, 2013 and August 31, 2015.

The production of the performance has been financed within the scope of the competition for the Reenactment of Historical Works of Polish Literature “Living Classics” carried out on the occasion of the 250th anniversary of public theater in Poland. The Competition is organized by the Ministry of Culture and National Heritage and Zbigniew Raszewski Theatre Institute. 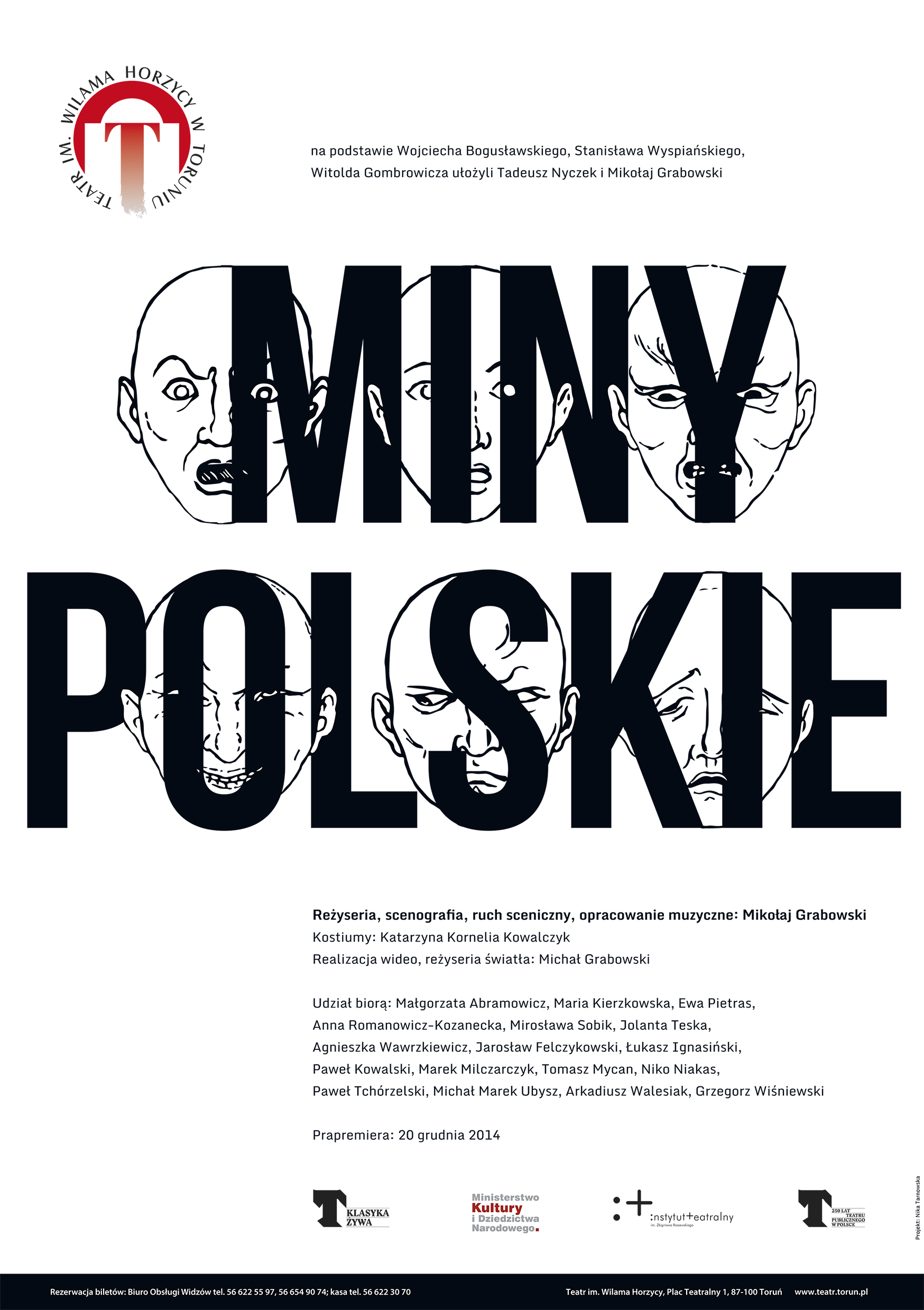 (…) Polish Face Expressions simply cannot be missed. It’s smart entertainment that doesn’t offend anyone, doesn’t look for scandal, doesn’t try to be controversial, and shows how we can discuss with our heritage at the same time providing an hour and a half of great fun. Perfectly tailored performance, which, under the historical coat talks about us, and at the same time it can be felt that the creators did it first and foremost for us. (Jan Karow, TEATRAKCJE.PL)