The queen of cakes (Królowa ciast)

Béla Pintér, The queen of cakes
Translated by: Jolanta Jarmołowicz
Directed by: Ula Kijak
Set: Dominika Skaza
Stage movement: Anka Jankowska
Music: Maria Rumińska
Premiere: April 6, 2013
Hungary, 1984. Preparations for Erika’s seventh birthday are in progress. Erika tries to escape from a brutal life in the inner world. “Queen of cakes” because this is a story of a family affected by violence. Erica’s father is Stefan Kosár – Lieutenant Colonel of the militia, an alcoholic, a tyrant. The whole Erika’s family is therefore subject to rigor of the absurd rules laid down by Stefan.

The performance balances on the edge of reality and imaginings, truth and fabrications, dreams and fear. This grotesque and surreal play shows how the social mechanism of violence translates into a mechanism of domestic violence. Harm is eternal, it is transferred from generation to generation, regardless of political systems.

“STEFAN: Do not be afraid, later when I’m gone, you will weep bitterly, sob, in the corners! That we had a father, husband, uncle Stefek, who did everything for us (…)”

The performance is intended for viewers over 15 years old.

Duration: 1 hour 30 minutes (without a break) 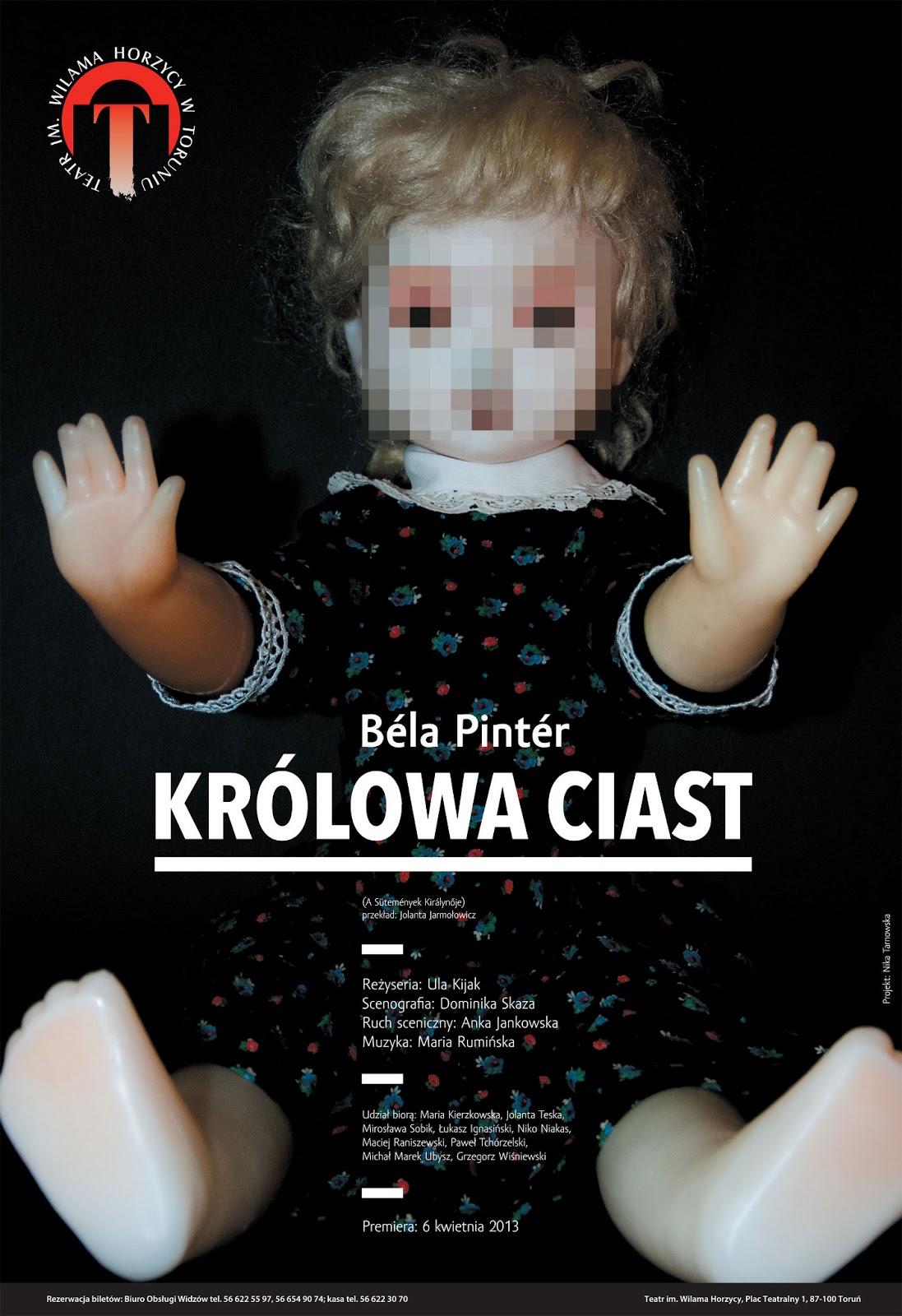 (…) Paweł Tchórzelski in his carrer not once played the role of demiurgic and cruel father, who passes judgements for a lifetime. There are no doubts that this is a great creation. (Grzegorz Giedrys, „Gazeta Wyborcza” – Toruń nr 84, 10.04.2013)