Sorry, this entry is only available in Polish. 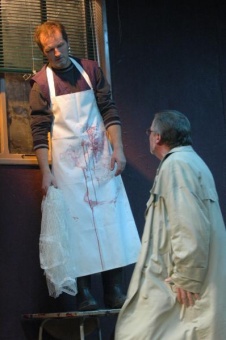 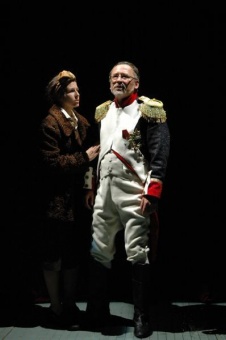 Kotański retains in full the message of Bernhard’s drama “Histronics”, in fact he speaks not only of the lousy artist’s career and preparations for the show, but creates a catalog of Austrians’ drawbacks. In the words of Bruscon, the playwright thinks his countrymen are responsible for the crimes of the Second World War, which cannot be effaced neither by time nor by human insensitivity (…) The director committed to the compliance with dramatic original, but gives the actors a big margin of freedom. This allows Marek Milczarczyk to show his full acting capabilities. The Toruń actor plays the role of megalomaniac Bruscon in such a way that on stage nothing counts except the rich creation. Any action of his character he saturates with the art of acting, it is even impossible to determine where the truth ends and fiction begins (Grzegorz Giedrys, “Gazeta Wyborcza” – Toruń, 12.12.2005).