Vladimir Sorokin
“Dostoevsky-Trip”
Translated by: Agnieszka Lubomira Piotrowska
Direction and set: Vasily Sienin (Russia)
Costumes: Kristine Abika (Latvia)
Polish premiere: December 30, 2008
THE PERFORMANCE HAS BEEN REALIZED WITH FINANCIAL SUPPORT OF THE MINISTRY OF CULTURE AND NATIONAL HERITAGE – PATRONAGE 2008
Vladimir Sorokin is considered the father of modern Russian drama. His plays, written in the late eighties and early nineties, are now beginning to be appreciated and exhibited at the Russian and European stages. In Poland, Sorokin is mostly known as a novelist, and his most popular book on the Polish market is “Ice” released in 2005. “Dostoevsky-trip” shows a group of people addicted to … literature. There has already been Genet, Celine, Sartre, Faulkner, Beckett, Stendhal, Flaubert, Kafka, Joyce, Thomas Mann, now a dealer delivers the novelty (!) – Dostoevsky. Seven heroes take the Dostoyevsky-drug and go on a trip in another state of consciousness. Escaping from reality through a world of the characters of “Idiot” by Dostoevsky, they reach the corners of their experiences. Each member of the group brings the most harrowing childhood memory. Seven different stories and each of them is painful. “Taking” the literature, they wanted to forget. However, as the dealer says at the end: “Dostoyevsky in its pure form has a deadly effect”.

The perfromance is intended for adults. 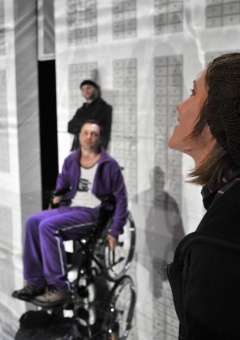 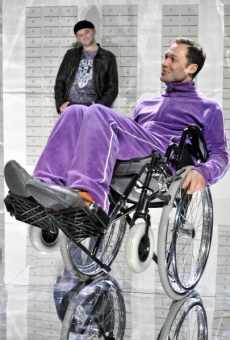 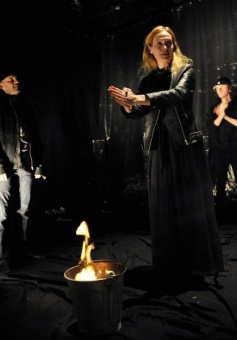 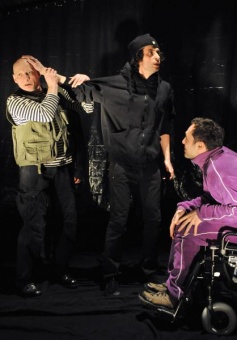 (…) the composition of the performance is graceful and compact. The pace of the play is great. Variation of traffic in group scenes is very interesting. Some very dynamic, others static, then again coagulating in vibrant images. (…) It is good that Toruń theater reached for Sorokin. And it is also good, that it realized it in such a climate. “Dostoevsky- trip” does not kill the viewers (Anita Nowak, Teatr dla Was, 11.01.2009).